A Neuromod is an item that can be spent in Prey's abilities skill tree.

A device invented by TranStar that modifies a subject's brain in order to impart new skills, knowledge, and paranormal abilities.

Costs are stated below in "nm" (Neuromods).

Researched Neuromods, or Typhon Abilities, only become available after acquiring the Psychoscope during the Detour objective. Scanning Typhon organisms with the Psychoscope gradually unlocks more abilities in these trees. The abilities you unlock tend to mirror the abilities of the Typhon species you scan.

Most researched Neuromods cost psi to activate, with the exception of passive abilities (like resistance). 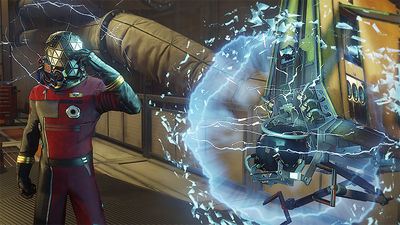